Kelly+Yamamoto Productions | Kelly+Yamamoto Productions | About
For more than twenty-five years, independent filmmakers Nancy Kelly and Kenji Yamamoto have been making critically-acclaimed films that have screened in theaters, film festivals, museums, and communities worldwide and aired on PBS, Showtime, Sundance, and Britain’s Channel Four, (among others). Their filmmaking philosophy is to take alternative looks at stories, themes and characters and to tell specific stories from which audiences can generalize universal truths.
kelly, yamamoto, film, thousand pieces of gold, narrative, feature, sundance, documentary, trust: second acts in young lives, rebels with a cause, smitten, downside up, cowgirls, a cowhand's song
144
page-template-default,page,page-id-144,ajax_leftright,page_not_loaded,,select-child-theme-ver-1.0.0,select-theme-ver-2.4.1,wpb-js-composer js-comp-ver-4.7.4,vc_responsive 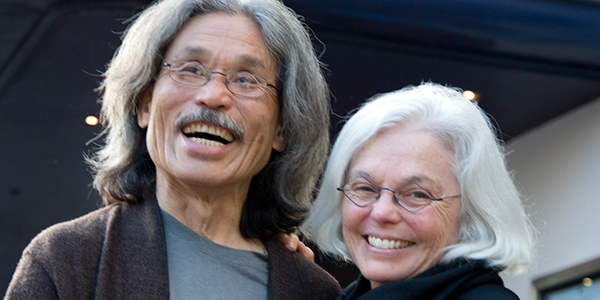 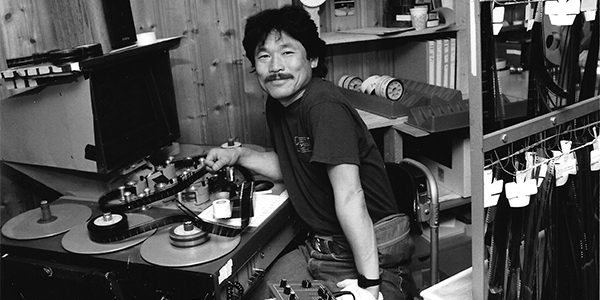 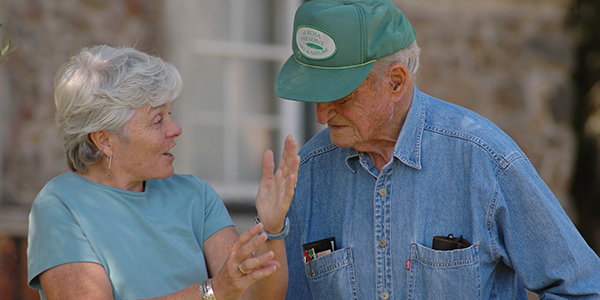 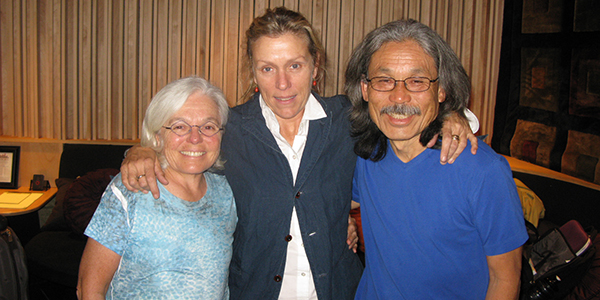 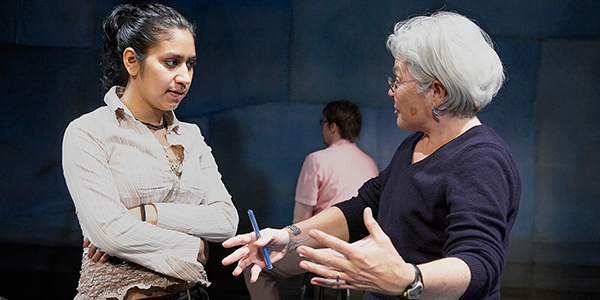 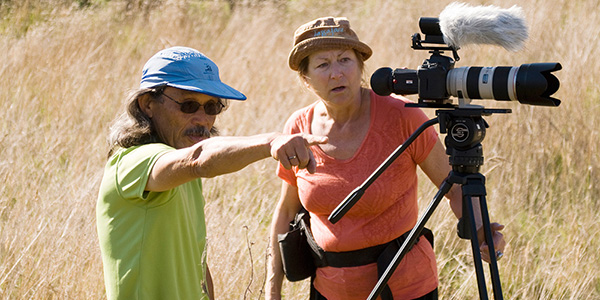 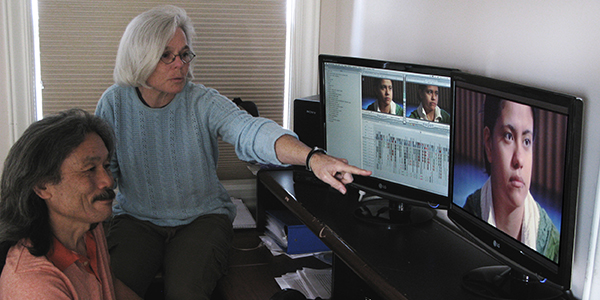 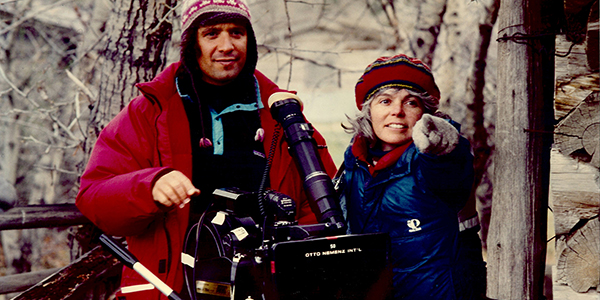 For more than twenty-five years, independent filmmakers Nancy Kelly and Kenji Yamamoto have been making critically-acclaimed films that have screened in theaters, film festivals, museums, and communities worldwide and aired on PBS, Showtime, Sundance, and Britain’s Channel Four, (among others). Their filmmaking philosophy is to take alternative looks at stories, themes and characters and to tell specific stories from which audiences can generalize universal truths.

Their work includes a documentary trilogy about the transformative power of art: Downside UP, Smitten, and Trust: Second Acts in Young Lives. They explored the roles of women and minorities in the American West in Thousand Pieces of Gold and Cowgirls: Portraits of American Ranch Women. Their documentary Rebels with a Cause illuminates the power of ordinary people to change their world.

Nancy is available to consult on many aspects of filmmaking. 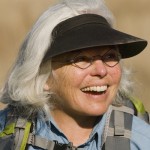 Nancy Kelly is an independent filmmaker, working in documentary and narrative film. With Kenji Yamamoto, she made Rebels with a Cause, Narrated by Academy Award-winning actress, Frances McDormand, Rebels with a Cause is about ordinary citizens who banded together to protect and preserve open spaces near urban areas for parks and farms from rampant development. Rebels aired on public television through American Public Television. Prior to Rebels, she created a documentary trilogy about the transformative power of art. Trust: Second Acts in Young Lives which aired on the PBS America ReFramed series. Smitten which aired as a PBS Primetime Special, where 100% of PBS stations aired it. Downside UP which aired on the PBS Independent Lens series and internationally on the series True Stories: Life in the USA. She directed and produced a trilogy of films that take an alternative view of the American West, including the narrative film Thousand Pieces of Gold, starring Rosalind Chao and Chris Cooper.

Nancy is a self-taught filmmaker. She was a fellow at the Sundance Institute Directors Lab; at the Banff Centre for the Arts; and at the Bay Area Video Coalition MediaMaker program. She is a member of New Day Films.

Nancy is available to consult on many aspects of filmmaking. 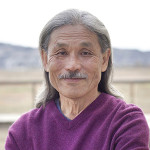 Kenji Yamamoto has been editing and producing documentary and narrative films for over 30 years, winning numerous awards. As part of Kelly+Yamamoto Productions, he edited and produced the 1991 narrative feature Thousand Pieces of Gold, which participated in the Sundance Institute Screenwriting Lab and went on to premiere at the San Francisco International Film Festival. Additionally, Goldscreened at the Deauville Festival of American Film, and the international film festivals in London, Moscow, Vancouver, and Seattle. Gold then aired on the PBS American Playhouse series, on Channel Four in the U.K., and around the world.

Independently of Kelly+Yamamoto Productions, Kenji edited the documentary New Muslim Cool, which participated in the Sundance Documentary Edit and Story Lab. Cool follows Hamza Perez, a Puerto Rican immigrant, hip hop artist, single father, and former drug dealer down on his luck. He rebuilds his shattered life by becoming a Muslim and takes his newfound message to youth in his rough neighborhood. But when the FBI raids his mosque, Hamza must confront the realities of the post-9/11 world, and himself. Cool premiered at the San Francisco International Film Festival, won the Freedom Award at the Al Jazeera International Film Festival, and aired nationally on the PBS P.O.V. series.

Kenji also edited the documentary States of Grace which received audience favorite awards at the Mill Valley, Napa Valley, and Seattle Lesbian and Gay Film Festivals. Grace tells the story of a revered physician who struggles with her injuries after surviving a near-fatal head-on collision on the Golden Gate Bridge. In her radically altered life, she embarks on a journey of loss, resilience, and renewal.

Kenji studied painting and experimental filmmaking at the San Francisco Art Institute. He also studied at the Jean Shelton School for Actors and Judith Weston Studio for Actors and Directors. 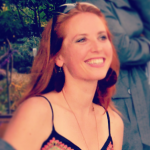 Eva Moss is a jack of all trades: a freelance director, producer, cameraperson, editor and audience engagement coordinator for web and branding videos as well as social issue documentaries for public television. Her current focus is creating micro-docs for small to medium-sized businesses and non-profits, though she is also writing a narrative script, direct a narrative web series, editing interviews of former Guantanamo detainees for the Witness to Guantanamo website, and of course working with Kelly+Yamamoto Productions to engage and inspire audiences with all of their award-winning films. Past feature documentary projects include Emmy® Nominated A Village Called Versailles (Associate Producer), States of Grace (Co-Producer), Out Run (Co-Producer), Ask Not (Associate Producer), and Mr. Cao Goes to Washington (Associate Producer). She graduated from Smith College with a degree and a half in Film and Theater Studies.

Adrian Leung has worked on the fringe of great film at festivals for over a decade, from New York City to Los Angeles and parts in between, like Park City. During this time, he earned a graduate degree, lived abroad, and embarked on a career as an urban planner. He is employed with the San Francisco Municipal Transportation Agency, and he continues to assist with production and publicity for a variety of film projects.

Born and raised in San Francisco, Allie Duro received a BA in Film Production from San Francisco State University. Past documentary projects include The Grove (Assistant Producer), A Village Called Versailles (Production Assistant), and The Campaign (Production Assistant). In addition, Allie has worked as an Assistant Producer at Open Eye Pictures and as an Outreach Coordinator for the documentary Under Our Skin. Currently, Allie is working with Kelly + Yamamoto Productions fulfilling DVD orders and conducting end user research.

Rebels With A Cause

Number of independent films made

Most years to make a film