Kelly+Yamamoto Productions | Kelly+Yamamoto Productions | Store
For more than twenty-five years, independent filmmakers Nancy Kelly and Kenji Yamamoto have been making critically-acclaimed films that have screened in theaters, film festivals, museums, and communities worldwide and aired on PBS, Showtime, Sundance, and Britain’s Channel Four, (among others). Their filmmaking philosophy is to take alternative looks at stories, themes and characters and to tell specific stories from which audiences can generalize universal truths.
kelly, yamamoto, film, thousand pieces of gold, narrative, sundance, documentary, trust: second acts in young lives, rebels with a cause, smitten, downside up, cowgirls, a cowhand's song
151
page-template-default,page,page-id-151,ajax_leftright,page_not_loaded,,select-child-theme-ver-1.0.0,select-theme-ver-2.4.1,wpb-js-composer js-comp-ver-4.11.2,vc_responsive

As independent filmmakers, we depend on public exhibition sales to fund our work. This means if you plan to publicly screen one of our films, use part or all of the film in a classroom or with an organization, or add it to a library’s collection, you order the educational version. If you can’t afford the full price, let us know what you can pay. We depend on you to follow the honor system. Thank you for your consideration and your interest in Kelly+Yamamoto Productions. 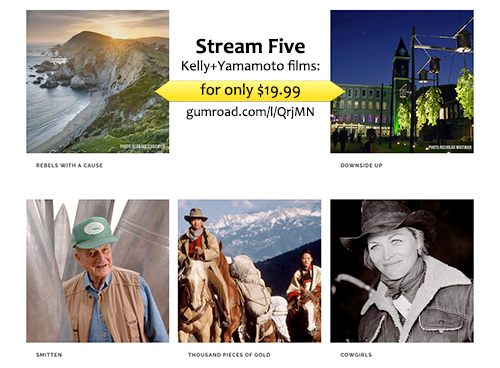 Order five films and save 40%! Watch Rebels with a Cause, Downside UP, Smitten, Thousand Pieces of Gold, and Cowgirls for only $19.99.

Rebels with a Cause 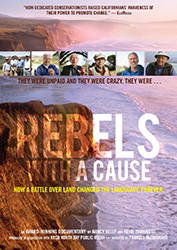 With narration by Oscar-winning actress Frances McDormand, Rebels with a Cause is a humorous, inspirational celebration of wild places and a story told through the characters who saved them. 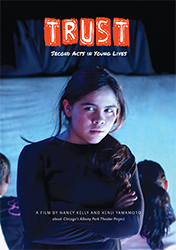 Theater has always been a powerful tool for cultural, political and community transformation.  Trust follows Chicago’s acclaimed Albany Park Theater Project, an after school theater program for immigrant teens, as it creates an original play from one member’s extraordinary story. This moving and celebratory film weaves together themes of immigration, identity, trust, and the liberating power of re-imagining your narrative on stage.

A filmed memoir in which filmmaker Nancy Kelly and her family experience the tentative, dangerous notion of hope returning to their de-industrialized hometown, a place largely viewed as hopeless. It all takes place at MASS MoCA, the nation’s largest museum of contemporary art. 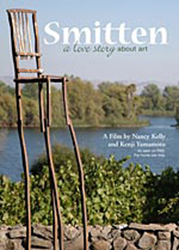 Smitten is a love story about art. It not only portrays a man and his vast and extraordinary collection, but also offers a delightful commentary on the “art” of aging successfully. 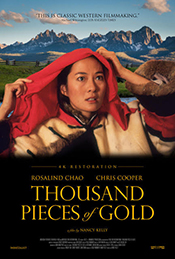 Rosalind Chao and Chris Cooper star in this true story of a poor Chinese woman sold into slavery by her father and brought to America to be a prostitute in a gold rush town.An unlikely love story develops when a saloonkeeper wins her in a poker game and frees her. 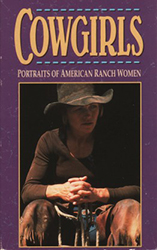 The cowgirls in this spirited verité documentary are contemporary women aged six to sixty, who ride, rope and tough out the elements just as well as their more famous cowboy counterparts.